To all news organizations

■Background of the business tie-up
<Background of the market>
As the year 2012 is called ‘the first year of big data business,’ big data management is being paid strong attention from last year. According to Yano Research Institute’s publication, the market of big data will exceed 1 trillion yen in 2020 and utilizing big data analysis for marketing etc. is being focused.

<The significance of the platform>
Correspondence of the products of ‘EMC Isilon scale-out NAS,’ a scale-out type NAS, to HDFS enables to analyze big data without constructing a Hadoop platform on usual server such as IA server. In addition, it enables reduction in additional cost of investment, data protection by end-to-end, facility of operating in Hadoop environment, making it easier for clients using ‘EMC Isilon scale-out NAS’ to construct a big data analysis platform. Hereafter we and BroadBand Tower will utilize the platform for analysis of satellites’ observation information, which we are studying in collaboration with Kyoto University.

■Contents of the business tie-up 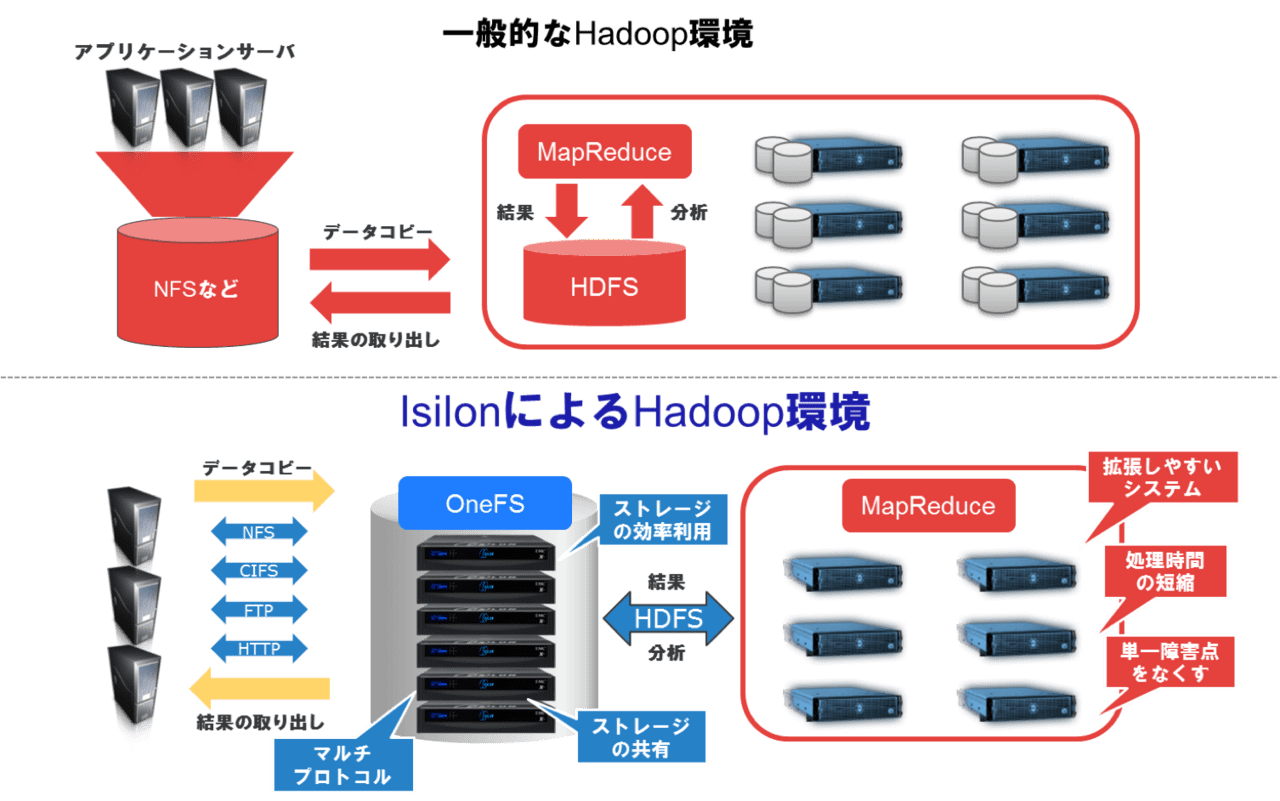 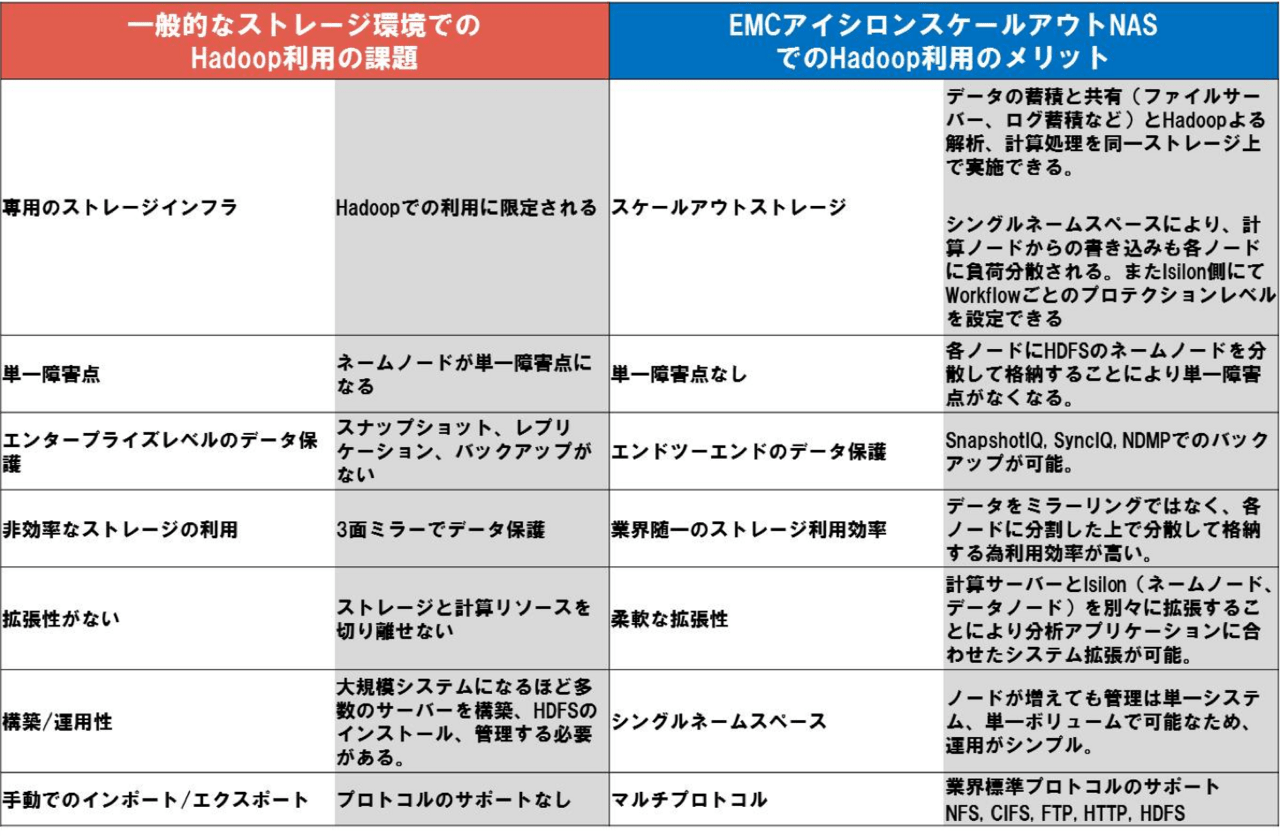 ■Comments from CEOs of the companies

‘Currently our industry perceives it significantly important to convert data centers into data banks. The joint development of the big data analysis platform ‘Hadoop platform’ utilizing EMC Isilon scale-out NAS and joint venture with Creationline make a change to the situation where data process is performed by bringing the data to the place where computers are installed, making it possible to perform data analysis at the place where data are accumulated in the future. Also, we expect that the implemented service will pave the way for opening of public data, which the government is aiming to, and full-blown propulsion of the utilization of the data by private sector’.

‘We EMC Japan truly appreciate that BroadBand Tower implements the Hadoop platform on EMC Isilon scale-out NAS and provides platform to its clients. EMC Isilon scale-out NAS accelerates access to a large quantity of important file data and reduces the cost and complexity associated with administration and custody of it by utilizing the innovative cluster storage architecture. In addition, Isilon provides a flexible solution necessary for accelerating applications conducting massive parallel/successive processing’.

‘In recent years the technology of obtaining various data such as satellites and censors has been improving significantly and the data obtainable has been surging in quantity and diversity. On the other hand, the development of technology dealing with big data represented by EMC Isilon scale-out NAS is astonishing. In such a period, I am very pleased to have the business tie-up with BroadBand Tower, who has knowledge and many achievements on big data. I would like to contribute to further development of big data business by this business tie-up’.

EMC Japan assists Japanese clients, from small to large, to solve issues on information infrastructures and contributes to continuation and growth of their business, and to creation of business values.

Creationline has many achievements of undertaking design and construction regarding cloud platform. It is also a sole partner of enStratius, Scalr, and Chef in Japan, and is a group of high-level technicians providing cloud integration. It has achievements of conducting ‘project of researching and studying deregulation and industry creation in medical, nursing, and related areas (research project on medical, nursing, and related service industry creation)’ by Ministry of Economy, Trade and Industry, and ‘evaluation of basic function, performance, and reliability of cloud operation administration tools’ entrusted by Information-Technology Promotion Agency (IPA).

It will continue to collect information on cloud around the world and provide beneficial cloud solutions domestically through pioneering new technologies and business tie-ups.

Hadoop is published as an open source software, is developed by Apache Software Foundation (ASF), and is a software platform (middleware) for conducting efficient distributed processing and administration on big data.

*Mentioned names of companies and products are trademarks or registered trademarks.