To all news organizations

UCL, Indigo, and Creationline cooperate in business expansion in China 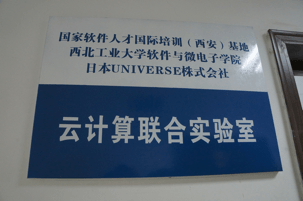 Preceding the establishment of the institute, the three companies held special lectures about cloud computing in Northwestern Polytechnical University from 9th December to 19th December. 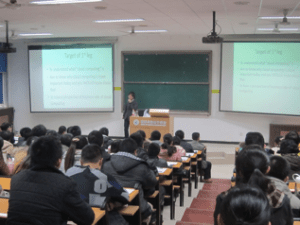 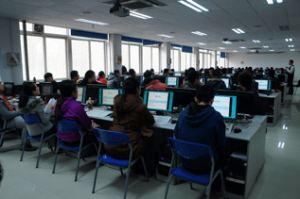 We are planning to construct a cloud platform with CloudStack and utilize it as a research platform in Northwestern Polytechnical University. In Xian, which has substantial autonomy because of its economic importance in Northwestern China, the three companies are also planning to start construction of a platform for cloud computing for Chinese Universities and expand similar projects throughout the country in the future.

“ I am honored that the institute has been established. We decided to join the project because we highly evaluate the achievements of UCL, Indigo, and Creationline regarding cloud computing. Cloud computing is paid close attention to in China and we also regard it as significantly important. Thanks to the cooperation of the three companies, I believe that the project is very beneficial to our students.

Northwestern Polytechnical University is located in a famous and historic city, Xian, which has been flourished as an old capital. The university, having been nominated as a one of the paramount fifteen universities in China by Chinese government, is concerned in educational activities as the most admired university. It has been subject of projects such as various five-year-program and the 211 projects.
Northwestern Polytechnical University provides education in various subjects such as science and technology. For subjects such as space engineering, marine engineering, management, education is provided setting a high value on technology. Classes are given in the building whose floor space is 798,000 square meters built on 20,000 acres ground. It has full of facilities such as library, which has more than 1,510,000 books in it. In addition, it has sections such as graduate school, Chinese air industry’s chemical and technology research department, management department, aeronautical technology department, marine technology department, pilot test department, faculty of private aeronautical technology, material chemistry, technology, and electronics department, and adult education. Forty-seven, sixty-eight, thirty-five majors are available for selection in bachelor, master, and Ph.D. degrees, respectively. It has authority to give MBA (Master of Business Administration) degree. Nearly 20,000 students are studying in the university. More than 10,000 of the students are doing bachelor or two-year courses. On the other hand, more than 5,900 students are doing their masters and more than 800 are doctors. Student can study in the highly praised and favorable environment that provides programs and has research facility certified by Chinese government or the province. Also about 1,400 lecturers are involved in giving classes. There are about 200 advisors from master students and about 1,000 professors and associate professors.
Northwestern Polytechnical University: http://www.nwpu.edu.cn/

Creationline has many achievements of undertaking design and construction regarding IaaS platform. It also provides Cloud Federation Tolls which enables hybrid-cloud environment and is a team of technician which provides high-level cloud integration services.
It has achievements of conducting ‘project of researching and studying deregulation and industry creation in medical, nursing, and related areas (research project on medical, nursing, and related service industry creation)’ by Ministry of Economy, Trade and Industry, and ‘evaluation of basic function, performance, and reliability of cloud operation administration tools’ entrusted by Information-Technology Promotion Agency (IPA).
Creationline, Inc.: /