‘Thorough introduction to CloudStack’ was published on 29th January 2013. 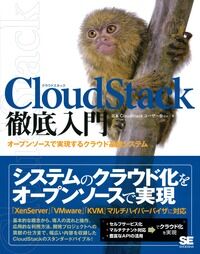 CloudStack is an open source software which provides Iaas (Infrastructure as a service) type cloud based on server virtualization environment. Being developed in Apache Software Foundation’s project, it corresponds to server virtualization softwares such as Xenserver, KVM, and VMware vSphere. In addition to be able to construct an environment where end users can independently expand virtualized machines with Web based GUI, it also provides the function of segregating network among users thereby securing security, firewall, load distribution, and VPN.
This book introduces from basic concepts of CloudStack, flow of installation and manipulation, practical usage, to how to contribute to the development project. This is the world-first CloudStack book filled with information regarding open sourced cloud base.

Several members from us have contributed to this book.